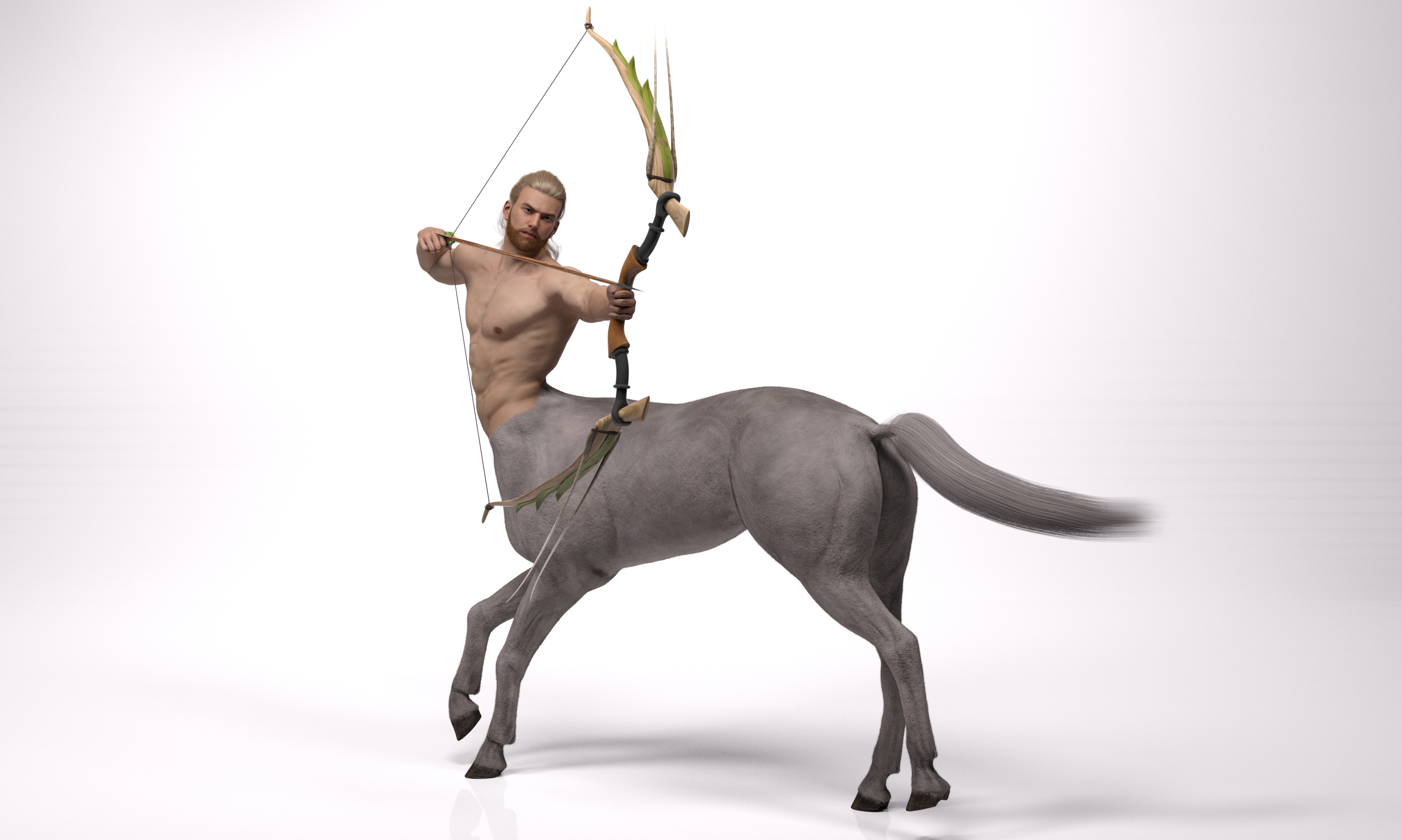 The Centaur is a greek mythological beast consisting of the body and legs of a horse, onto which – at the neck area of the horse, is superimposed the torso and head of a human. They were said to inhabit the area of Mount Pellion and the forests of ancient Greece (known at the time as Thessaly).

Most myth surrounding the Centaur suggests that they were fathered by the Greek Gods, with Zeus ( the Sky and Thunder God in Greek religion ) fathering the Cypriot Centaurs by spilling his seed on the ground in that area. The Centaurs also feature heavily on Roman mythology which came afterwards. The Centaur is thought to represent man’s struggle between civilisation and barbarism as they are said to be as wild as untamed horses.

The Origin of the Centaur

Although of course it is hard to determine the exact origin of the Centaur, most scholars believe it is likely that the myth comes from a very innocuous source, that source being the introduction of horseback riders to a non-riding population. At the right angle, a person on horseback would probably bear a striking resemblance to a Centaur to anyone who had never seen a horse being ridden before and to whom the concept would be entirely magical. This theory tends to be backed up, at least a little by the idea, first posited by Lucretius, that the differing aging speeds of the horse versus human would make the hybrid impossible. He noted that a horse is in the prime of its life by the age of about three years old, whereas a human at the age of three is barely beyond being a baby.

Centaurs were predominantly a male mythical creature – female Centaurs, or Centauresses or Centaurides aren’t mentioned at all in ancient Greek art or literature, although this isn’t overly surprising perhaps as the wild beast like “untamed horses” probably didn’t suit the patriarchal society at the time. However, Macedonian literature does appear to mention them as early as 4BC, so there was some notion that Centaurs could be female.

There are many many depictions of Centaurs on various forms of ancient art, most of which originates from the Ancient Greeks but there are also carvings appearing on Pictish stones in Northern Scotland dated from around the 8th century as well as literature published in Russia as late as the 17th – 19th centuries. This Russian Centaur called Polkan however is likely to be based on an earlier hybrid creature, Pulicane, which was a half human half dog creature.

Centaurs appear on a great number of Greek pottery items discovered at Lefkendi and dated to around the Bronze Age.

A permanent Centaur exhibit is housed at the John C. Hodges library at The University of Tennessee and combines the skeleton of a study human with that of a Shetland Pony. The exhibit was made by a sculptor by the name of Bill Willers and is entitled “Do you believe in Centaurs” and was allegedly made in order to encourage critical thinking by students.

Interestingly and perhaps oddly, C.S. Lewis in the Chronicles of Narnia shows Centaurs as extremely wise and noble creatures ( contrasting heavily with the original thoughts that they were as wild as untamed horses ) who were always loyal to Aslan. He depicts them to be avid stargazers who are gifted at prophecy, warfare and great healers.

Centaurs also feature in J.K. Rowlings Harry Potter set of books/films though these Centaurs live in the forest and shun human contact where at all possible. They live in herds and are gifted at astrology and healing ( similarly to those in Narnia perhaps ) but are also excellent archers. J.K. Rowling though does remain true to the original myth that they are somewhat wild in nature and difficult to control or deal with.

The Centaur makes a fantastic mythical creature but it is extremely unlikely to ever have existed in any shape other than that originally described of the horseback rider being mistaken. The differing aging cycles of the human versus the horse, coupled with the enormous anatomical and metabolic demands of the creature make it an unlikely combination. The lungs of the human for example would not be sufficiently big to provide enough oxygen to the enormous rear leg muscles (discounting any other oxygen needs for the animal) and the stomach or the human wouldn’t be anywhere near large enough to cope with the nutritional demands of the rest of the beast. But if we look at all these mythical magical beasts in the cold light of day with the benefit of science behind us, well, where’s the fun in that?!?