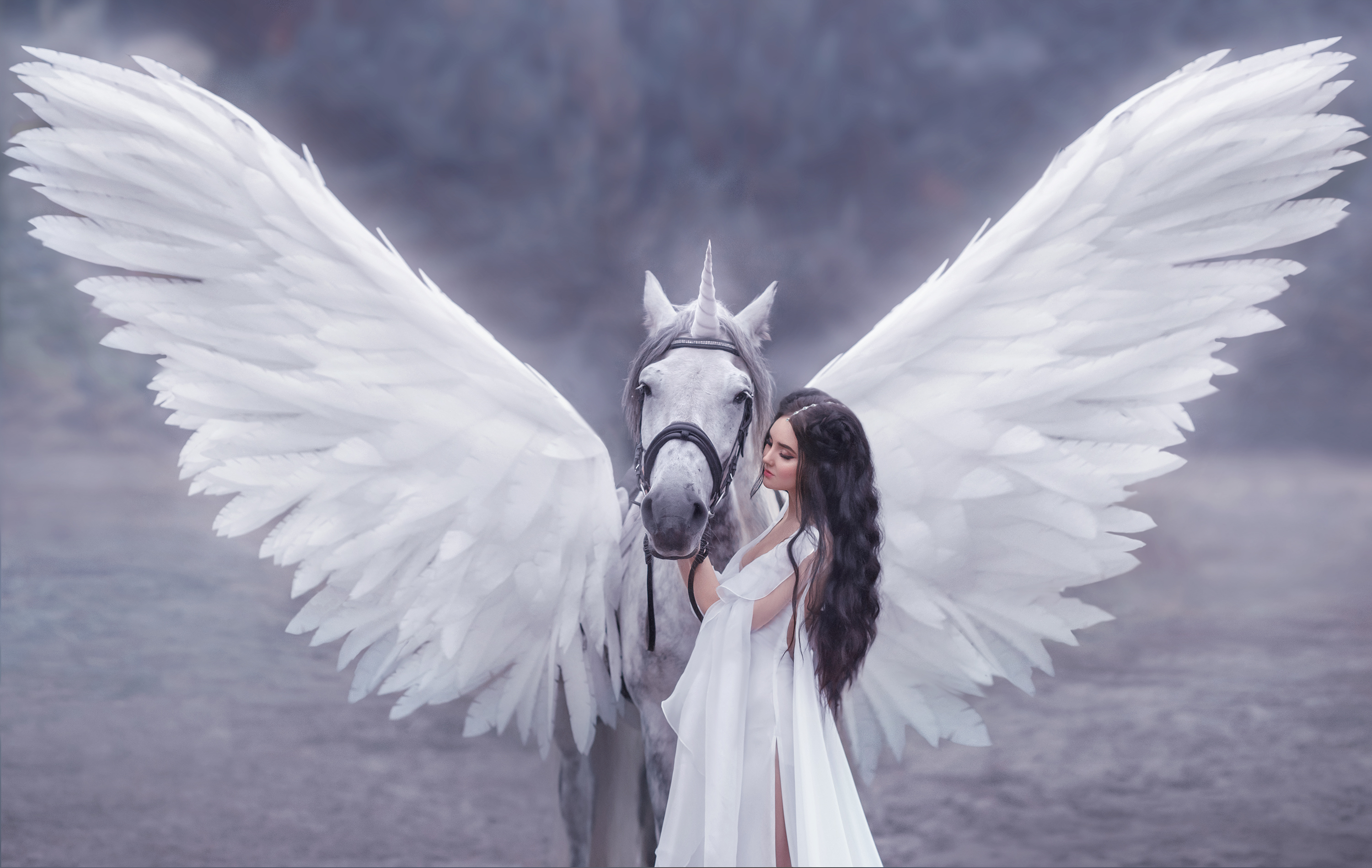 An Alicorn is a cross between a Pegasus and a Unicorn. A flying Unicorn.

The Alicorn is a combination of a Unicorn and a winged horse or Pegasus, although the name seems somewhat tenuous from the literature I’ve found as the word ‘alicorn’ itself refers to the horn of a unicorn. Winged unicorns themselves have been shown in literature for many thousands of years, the ancient Assyrian seals depicting them alongside winged bulls. The Alicorns allegedly representing the forces of good with the winged bulls representing the forces of evil. In more recent times they’ve often featured (the Alicorns that is, not so much the winged bulls!) on childrens fairground rides.

The Alicorn term appears to have mostly been coined by the show My Little Pony (see below) although that show didn’t come up with the winged unicorn myth itself. Other names have been used throughout history for the Alicorn, such as Winged Unicorn, Cerapter ( Keras meaning horn and Pteros meaning wings ), Unisis, Pegacorn, Hornisis, Unipeg and Hornipeg.

Asian culture makes no distinction between Alicorn and Unicorn – and the Pegasus flying horse makes no appearance at all here – meaning that all Pegasus or Unicorn creatures would be in fact, the Alicorn.

The horn of the Alicorn is said to possess magical healing qualities and the Alicorn beast itself is written about with considerably magical abilities, although little can really be found describing what in fact these magical qualities are – leaving it largely up to an authors imagination to come up with stories to make up.

Allegedly, during the Renaissance, kings would pay the equivalent of tens of thousands of pounds for materials they believed were ground Unicorn horn (or Alicorn) as they believed it contained healing properties which could neutralise poison or protect them from the plague as well as purifying water. It’s fairly likely that these substances were taken from Narwhals, Antelope or even some Rhinos.

The Alicorn has most recently, and perhaps famously (and somewhat controversially) been popularised by the TV show “My Little Pony” – which is a massive hit particularly amongst younger girls who tend to aspire to the Princess nature of the show. Indeed, it seems it was My Little Pony which coined the name Alicorn at least for popular culture.

Most other references in popular culture revolve around the Unicorn.

9 People reacted on this