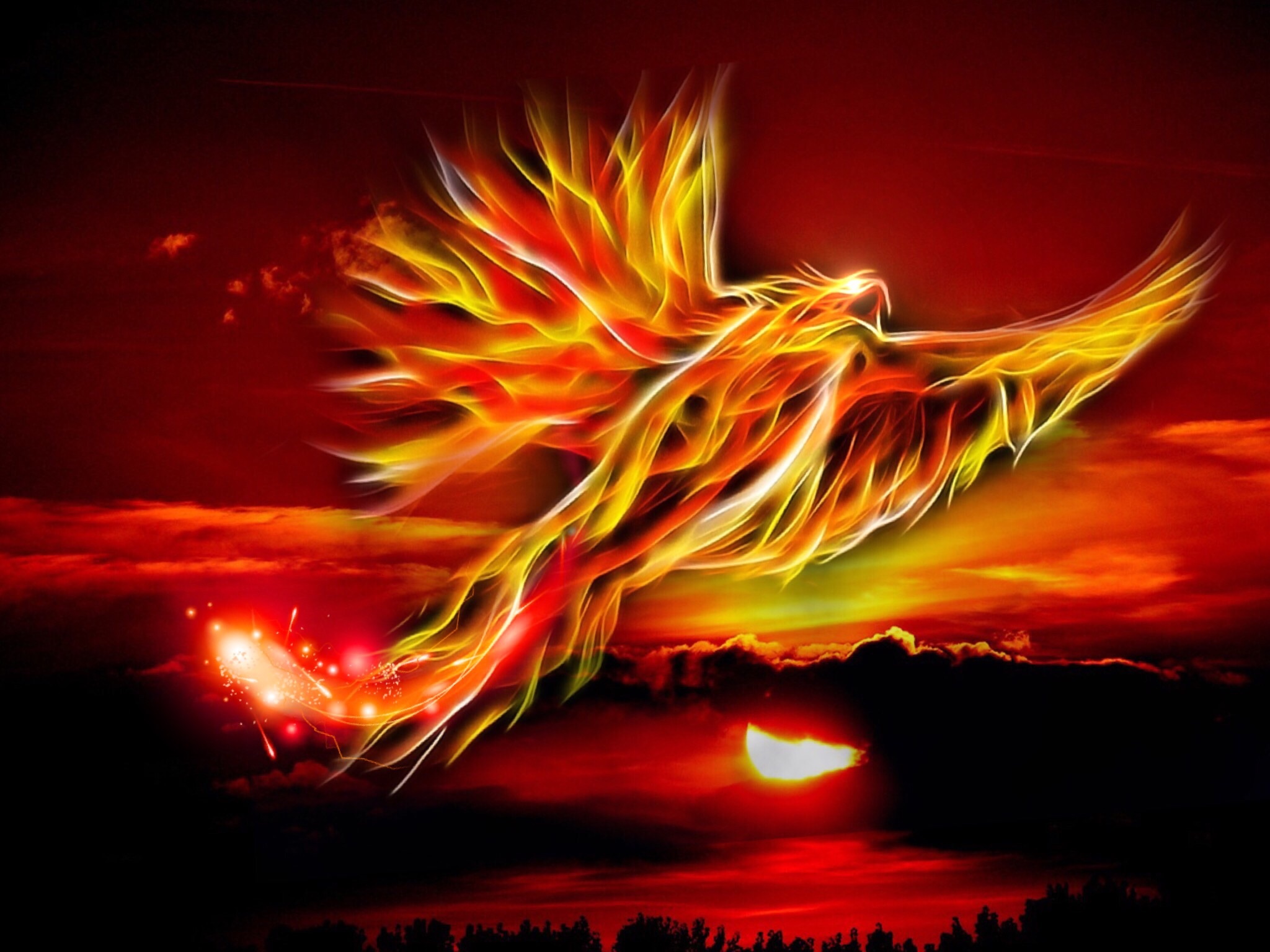 The Phoenix is a legendary bird from Greek mythology. The stories suggest that the Phoenix was a bird that lived for an extraordinary long time and, upon dying in a glorious display of fire and combustion leaving behind only its ashes, it would suddenly rise again to be reborn. There are Phoenix equivalents in various other cultures, notably Chinese, Japanese, Russian, Egyptian and Native American cultures all have a Phoenix like bird which derives its power from the sun.

The Phoenix is often portrayed as a golden feathered bird, or yellow and red feathered but generally splendid looking. Many of the stories differ in regard to its appearance. Most commentators agree that the Phoenix was a relatively large bird, although there is a fair bit of disagreement about just how large. Some suggest it was the size of an Eagle whilst others imply even larger than an Ostrich. Considering the Phoenix had the ability to fly, at the size of an Ostrich this would have been a very formidable bird indeed.

The Phoenix was said to live for approximately 500 years (some say exactly 500 years) and is believed to have been able to feel the presence of its impending death. Upon knowing that its death was approaching, the Phoenix would build itself a nest of spices and twigs and await a ray of sunshine to set it alight. The bird would sit in the nest, being consumed by the flames until they had burned out, whereupon a small worm would leave the ashes and shortly thereafter would metamorphose into a new Phoenix. The Phoenix did not fear its death as it knew it would be reborn. Some stories state that the Phoenix arose directly from the ashes of its old burned body and nest, whereas others talk about the worm leaving the nest.

Many organisations have adopted the name ‘Phoenix’ into their titles, these are usually (though not always) organisations that are purposed around regeneration or re-birthing. Anything that suggest one can “start over again” is likely to have the word Phoenix considered for its title.

There are many many films which feature the Phoenix, this is just a few (with links out to the IMDb or Wikipedia).

The plural of Phoenix is Phoenixes. But since the largest part of the myth of the Phoenix is that it is reborn from its own ashes, there’s fairly strong reasons to believe there could only ever be one Phoenix at a time, generally rendering the need for a plural invalid.

Phoenix is a city in Arizona, US. Indeed, it is the capital city of Arizona and at the time of writing had a population of around 1.6 million people – which makes it the 5th most populated city in the United States, and the most populated capital city.

The Phoenix symbolises immortality, since it is reborn from its own ashes and there are suggestions that it carries its old memories through its rebirth. There is a correlation between the myth of the Phoenix and the Sun (which of course re-rises every day) and the resurrection of Christ and life in the Heavenly Paradise.

The Phoenix also features in many online and offline computer games, often being summonsed as a mythical creature with extraordinary powers – perhaps many of which aren’t traditional to the Phoenix but have been ‘grafted’ on by artistic licence.